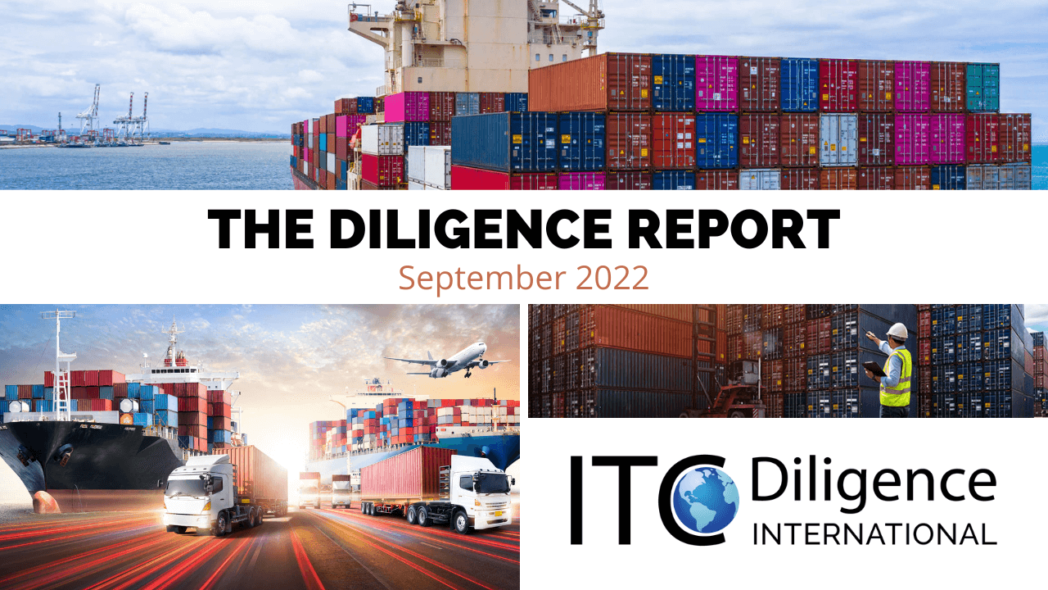 The ever-changing International Trade Industry and Foreign Trade Zone Community have experienced enormous obstacles and unexpected opportunities. Between Section 321, Forced Labor Actions, and China Tariffs, it is important to utilize resources such as the NAFTZ, FTA, NCBFFA, and your consultant to navigate your supply chain.

A key event that took place this month was the NAFTZ Conference, which continues to offer great educational opportunities for new and experienced businesses.  The conference also offers a platform for advocacy updates with the FTZ Board, U.S. Customs, Partner Government Agencies (PGA), and other national trade associations. Lastly, the NAFTZ Conference creates an environment for networking between industry partners, government authorities, and service providers across the country- which is at times more valuable than its many other benefits combined.

During the conference, Customs Border Protection (CBP) continues to evolve its practices through informed compliance and enforcement, the trade needs to adjust and innovate its practices as well. Recent changes to the admission process and reporting process were announced by CBP with implementation of the house bill at the admission level and clarification of the country-of-origin reporting requirement at the estimated cargo release under the weekly entry program. CBP continues to develop its uniformity priorities nationwide with more educational efforts and streamlined literature.

Furthermore, the FTZ Board identified their submission to Congress of the completed Annual Report for 2021. The Board report represented significant growth in the utilization of the FTZ Program nationally across all sectors.  In 2021 over $835B of goods were received into zones, over $123B of goods were exported from zones, over 63% of goods continue to compliment the domestic industry, and over 480,000 jobs were represented by the FTZ Program.

In closing, ITC collectively works effortlessly to lead the industry and its network of relationships through events like the NAFTZ Conference. We are also excited to attend other similar events approaching such as the WESCCON Conference in San Diego, the GTEC Conference in Oklahoma, and the NCBFAA Conference in New Orleans. We look forward to seeing you there or representing on your behalf.

Although rate hikes on importing fees are fairly common, it’s important to pay special attention to the details when these types of changes are enforced. Even though increases are being made, there are a few important factors that are not changing.

To expect any importer or exporter to know how and when all these changes are made is unreasonable, which is why 4PL operators like ITC Diligence International Inc. exist. The strategies and solutions implemented when working with a licensed customs broker and 4PL operator streamline paying CBP costs and make the overall importing and exporting process much easier.

The main fee change that supply chain operators will be observing is the MPF. Although the maximum and minimum MPF ARE changing, the Merchandise Processing Fee ad valorem rate will NOT be changing. This rate remains at .3464%, while the new MPF ceiling is $575.35 and the new MPF floor is $29.66.

Looking at the broader fee updates coming into effect this year, we can see they cover a wide variety of supply chain functions:

A high level overview of these fee changes shows that many sectors of our economy and various parts of the supply chain will be affected. Having the right kind of support to navigate through Customs Border Patrol fees and tariff changes helps supply chain operators remain in control and streamline operations, including payment of these fees.

The MPF, or Merchandise Processing Fee, is a Customs fee that is assessed on all goods that formally enter into the United States. These fees are documented and paid using Form 7501. Strategic importers understand there are ways to defer and control these types of fees, and reduce or even eliminate others.

ITC Diligence International Inc. has developed supply chain partnerships and a 4PL strategy that has been tested for over 30 years. With all the incredible growth and challenges the global supply chain has experienced over the last 3 decades, ITC Diligence International Inc. has been there solving problems and implementing solutions for importers and exporters everywhere.

Streamlining the MPF is one example of how partnering with a 4PL operator, like ITC Diligence International Inc., can bring benefits to any business that functions on the supply chain.

Bee Imagine is a Third-Party Logistics (3PL) company that has been an FTZ Operator for nearly 5 years. They have uniquely positioned themselves to assist companies with their inventory and logistic needs while enjoying FTZ benefits.

With two locations in California, conveniently located in Irwindale and Fontana, ITC provides Bee Imagine with consulting and customs brokerage services for their clients. The economic sectors that benefit from this strategic partnership the most are the Sugar, Solar Panel, and Electronics industries.

Bee Imagine: B2B, B2C, FTZ, Drayage and Final Mile. Everything Under One Roof. 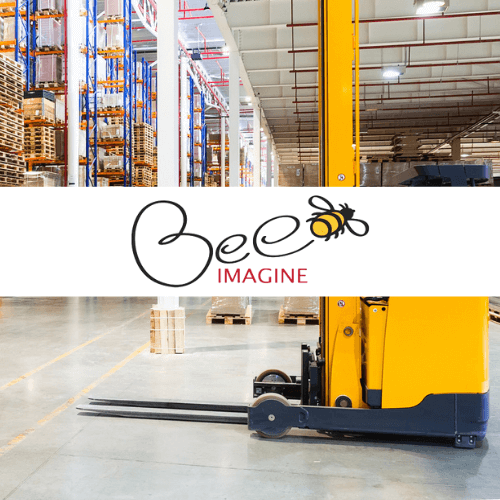 Global operators, delivery companies, businesses along the supply chain, and anyone hoping to import goods over the next 4 months know that the last quarter of the year brings massive stress on ports, trains, planes and trucks. Smart importers and exporters will be preparing now and discussing what strategies will be needed to move through the 2022 holiday season with profits intact and support teams happy. In addition to preparations here in the United States, the global supply chain is making massive updates and changes to infrastructure.

Large operators, like Fedex, are changing the way contractors are given bonuses in an effort to incentivise delivering more packages during the holiday season. Creative thinking like this will allow the gifts and packages everyone purchases to be delivered on time.

Yet importers, exporters, and supply chain operators can only do so much when truck drivers, rail operators, last mile delivery drivers and pilots get pushed to the limit.

Inflationary concerns and regional economic recession worries are rampant in the United Kingdom right now as discount retailers are reporting higher than ever sales numbers and new customer numbers that are turning heads among competitors. Aldi, the 4th largest UK retail discounter has reported that customer behavior has become unprecedented as customers prioritize value over all else.

From September 2021 to September 2022 (YoY) the British Pound has gone from $1.38 to $1.07, sparking inflationary concerns everywhere as UK consumers have almost 30% less buying power than they did last year.

For the supply chain, this means movement of cheaper goods, faster. Global recession concerns typically place pressure on discount retailers to deliver to consumers faster and cheaper in an effort to meet the value consumers seek out during difficult times.

Union movement has been the theme for 2022 in the United States as major corporations across America have experienced pressure from employees to unionize. Workers have won several high profile union elections at companies including Starbucks, Amazon, Apple, Chipotle, Trader Joe’s, Google, REI and Verizon.

Economists and experts dub the next few weeks as ‘Striketober’ where, historically, a large portion of the workforce in the United States will go on strike, citing various labor transgressions and demands to make the workplace a more fair environment. According to the labor action tracker at Cornell University, 180 strikes with 78,000 workers in the first six months of 2022 significantly outpaces the 2021 numbers; 102 strikes involving 26,500 in the same time period.

The Darwin Port in Australia granted an operating lease to China’s Landbridge Group. This lease is under new scrutiny as any commercial operators bringing goods from China into Australia are able to easily see into a military facility that is adjacent to the port and used by U.S. Marines.

Proposed solutions to this problem have ranged from not renewing the lease, to building a separate port in Australia further from the Darwin port.

For now, Australia and the United States are spending hundreds of millions of dollars from defense funding to improve security and defense infrastructure at the active base.

Russia continues to experience backlash from manufacturers across the world as Toyota announces it will no longer operate its lone car plant located in the large country.

Toyota has kept this sole plant operating in Russia since 2007, which signifies this move did not come easily. “After six months, we have not been able to resume normal activities and see no indication that we can restart in the future,” the company said in a statement.

Russia’s vehicle market has imploded since Putin’s invasion of Ukraine, with deliveries falling more than 80%. Nissan and Honda have also ceased operations in Russia.